Zebras (subgenus Hippotigris) are well-known for their distinctive stripes. They are members of the group Equus, which contains horses and asses. 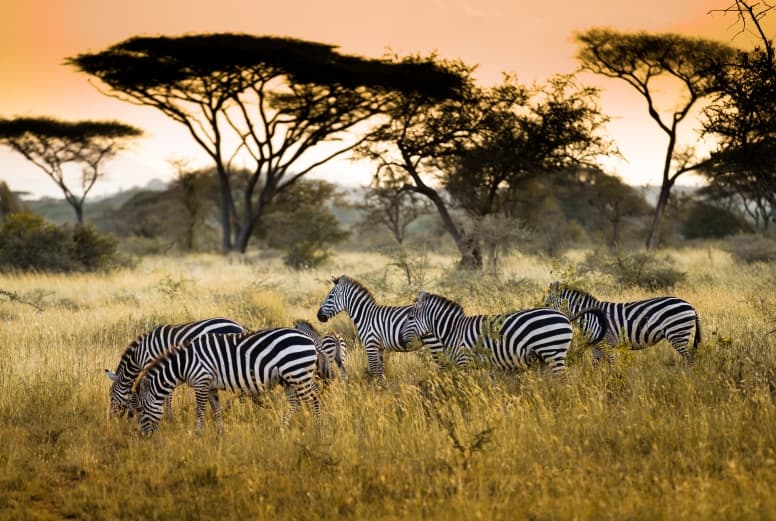 Zebras are native to the continent of Africa, specifically eastern and southern parts such as Kenya and Botswana. Favoured habitats include grasslands, woodlands, savannahs, and mountainous areas.

They are grazers, feeding mainly on grasses. They are well evolved for this with strong front teeth to pull up the grass and large molars in the back of their mouths for grinding.

They are the favourite prey of lions but are also hunted by leopards, cheetahs, spotted hyenas, brown hyenas, and Nile crocodiles.

According to the IUCN only the Grevy’s Zebra is endangered, while the mountain zebra is vulnerable, and the plains zebra is near threatened.

Their stripes are unique.

Zebras are iconic for their stripes, which are actually unique to each individual, like a human’s fingerprint. Scientists have even developed a way to read their stripes like bar codes to be able to identify specific zebras in a heard! 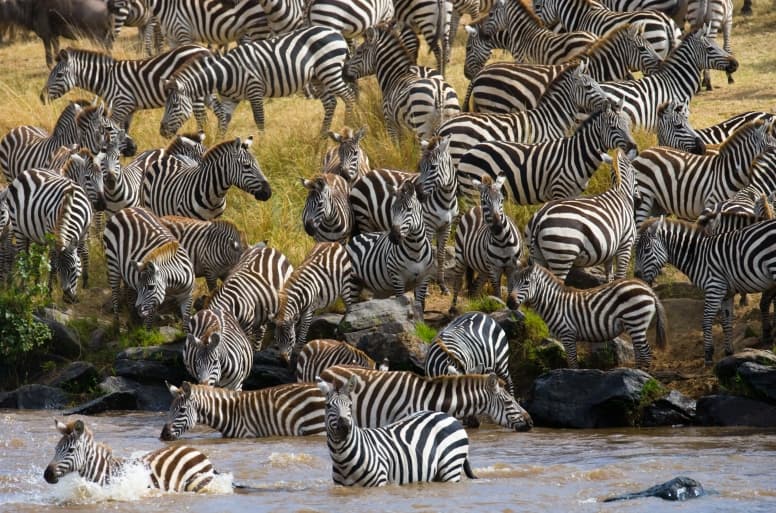 2. No one is completely sure why they have stripes.

There have been lots of theories, including that the stripes help confuse predators. Some theories suggest that the stripes work to keep them cooler, while others show that biting flies don’t like to land on stripes. It’s likely to be a combination of all these things!

3. They are black with white stripes.

The plains and mountain zebras stay in family groups, with a dominate male, females and their foals (baby zebras). These groups usually integrate into larger herds. However, the Grevy’s Zebra lives primarily alone, or in loose herds.

Plains zebra are known for their long migrations, moving to different areas in search of water and grass. Multiple family groups come together to form herds. Often as herds are migrating, they form ‘super herds’ with thousands of zebras. Other herd animals join in too, such as wildebeest and antelope.

7. Plains zebra have the longest recorded migration of any African mammal.

One group of plains zebra was recorded migrating 500km from Namibia to Botswana, which is actually the longest land migration of any African mammal.

8. They are well adapted for grazing and staying alert for predators.

They have long front teeth (incisors) which act like scissors to cut the grass at the root, while their large back teeth (molars) work to grind down the grass. They also have eyes high up on the sides of their heads. This means that as they bend down to eat grass they can still watch for lions or other predators.

Zebras can actually be quite aggressive. This is usually when defending themselves from prey, defending their young or when males are fighting over a female. Their primary tactics are biting and kicking, as you can see in this video:

10. They defend each other.

The social species of zebra will protect their members from predators. They have been seen forming defensive circles around injured members of their families, often biting and kicking approaching predators.

11. The Grevys Zebra is solitary.

Unlike the plains and mountain zebras, the Grevy’s Zebra lives primarily alone in semi-arid grasslands. The males have territories which they protect from others, while females and their foals move freely between these territories.

12. The Grevy’s zebra can go 5 days without water.

These zebra are well-adapted to the semi-arid grasslands they live in and can go 5 days without drinking.

13. There are two subspecies of mountain zebra.

In 1930 there were as few as 100 cape mountain zebra, however thanks to conservation efforts their numbers have increased dramatically.

15. The Quagga went extinct in the 19th century.

The quagga (Equus quagga quagga) was a subspecies of the plains zebra. Sadly, European colonists hunted them to extinction in the 19th century. The last one died in Amsterdam zoo in 1883.

16. They are important culturally.

They are well known internationally but are also important locally. They can be seen in art going back millennia, including in rock art from roughly 20,000 years ago. 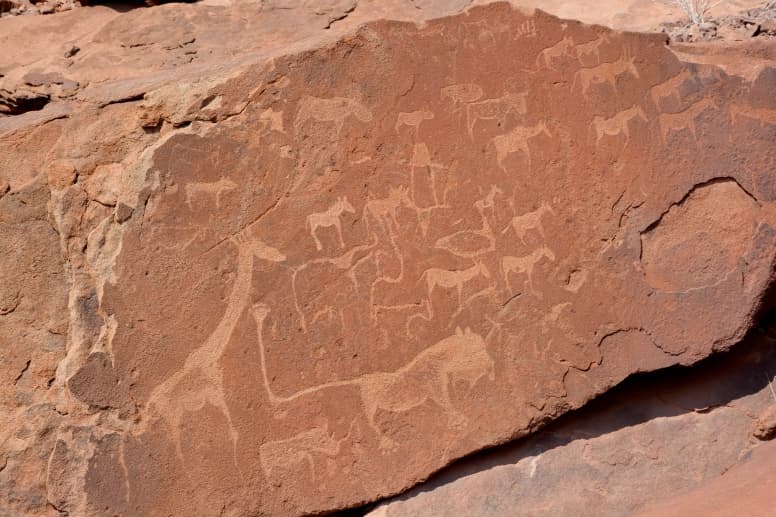 Article published with courtesy of Factanimal.com