Complete Guide: What are the common uses of firearms 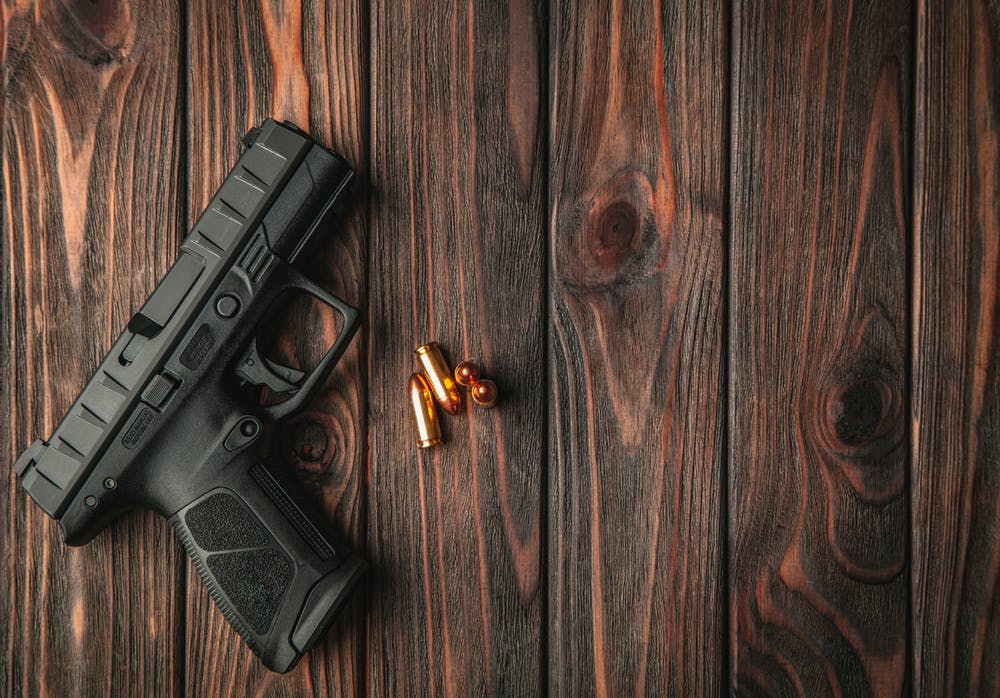 As long as man has used tools, weapons have been among the most important. They have been used since the earliest days to provide food and protection by the earliest social units.

Today, weapons, and more specific firearms, are still widely used for many different purposes in all countries of the world.

In South Africa a large part of the population owns and possesses firearms, either legally or illegally, with the biggest controversy of course its use against people during either the commission of or defence against crime.

The fact is that widespread ownership of firearms has an important impact on the quality of life in any community. Firearms are used to defend against criminals, while others are used for recreation, mostly hunting and target shooting. 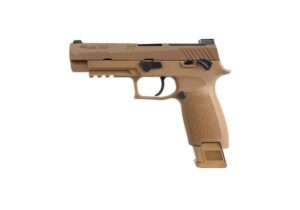 Definitions of a firearm

(a) device manufactured or designed to propel a bullet or projectile through a barrel or cylinder by means of burning propellant, at a muzzle energy exceeding 8 joules (6 ft-lbs);

(c) device which is not at the time capable of discharging any bullet or projectile, but which can be readily altered to be a firearm within the meaning of paragraph (a) or (b);

(e) barrel, frame or receiver of a device referred to in paragraphs (a), (b), (c) or (d), but does not include a muzzle loading firearm or any device contemplated in section 5.

Guns that are not considered firearms

The FCA exempts flare guns from being a firearm although they meet the criteria of being a firearm, but they are blank guns with an attachment at the muzzle to hold a pencil flare.

Blank guns are usually excluded from the firearms control act of most countries, and the end user does not require any licence or permit to purchase or carry blank and pepper cartridges.

Blank guns are flare guns, that have attachments on the barrel that houses a pencil flare, the flare is triggered by the front firing blank gun. If a blank gun fired any projectile (lead, pepper, nylon, ceramic or rubber ball) it would need to be licenced in South Africa as it uses a 9mm pak cartridge.

Blank cartridges can be used for firing warning shots to deter intruders, while Pepper cartridges are purely for self-defence and are most effective within 6m.

With gun control laws in South Africa becoming tighter and stricter, an effective alternative to self-defence is by using Pepper Guns. They are great for additional defence, are less lethal and requires no licence. A pepper cartridge contains a very fine synthetic powder and not a ball or a pellet.

Pepper pistols are however not toys, but serve a purpose to deter, defend or buy time, and although they are not classified as firearms, as far as safety is concerned, they should be treated as such.

One doesn’t have to keep Pepper Guns locked up in a safe and you can own as many as you want. They are also relatively cheap to buy and operate and each member of the family can have one and be trained to use it.

The definition of an Airgun in terms of the law (Firearms Control Act 60 of 2000) is any airgun with a calibre of below 5.6mm regardless of power/energy at the muzzle. An airgun is any airgun manufactured to be incapable of shooting at powers/energy of no more than 8 joules / 6 foot pounds at the muzzle.

Any airgun that exceeds both the 5.6mm calibre and muzzle energy of 8 joules/6 foot pounds is classified as a firearm in South Africa and in terms of the FCA a firearms licence is required to own and operate such.

Although airguns do not require a firearms licence in South Africa, the use and ownership of airguns are described in the FCA similar as for firearms. It is an offence to:

Airguns are not toys and should be treated with the same respect as one would any dangerous firearm.

The use of rifles

A rifle can be described as a weapon intended to be fired from the shoulder and using the energy of an explosive in a fixed metallic cartridge to fire a single projectile through a rifled bore for every single pull of the trigger.

The word “rifle” comes from the one unique feature that sets these firearms apart from the muskets and canons used in previous centuries. This is the addition of “rifling,” which is a series of spiral grooves around the inside of the barrel that causes the projectile being fired to spin as it moves through the barrel, rather than to just explode out like cannon or musket shot.

The rifle was invented in the early 19th century, when grooves were cut into the interior surface of a barrel to help improve the accuracy of a standard musket. As it was discovered that the spin these grooves put on a bullet made its trajectory much flatter and more stable, these grooves were used more and more.

This spinning dramatically increased accuracy so that a person could aim his weapon and be relatively sure of where the projectile would go.

What guns are assault rifles?

According to popular definition, an assault rifle is a rifle that uses an intermediate cartridge, a detachable magazine, and can switch between semi-automatic and fully automatic fire. Assault rifles are the standard service rifles currently used by most modern armies. 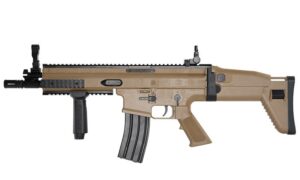 By stricter definition, a firearm must have the following characteristics to be considered an assault rifle:

Types or Styles of Rifles and How They Differ

Within the rifle category, one finds the bolt action rifle, lever action rifle, semi-automatic rifle and more. A rifle can be recognised by its long barrel and receiver, a stock designed to rest against the shoulder, and a rifled or grooved bore from which the projectile exits.

The following is a short discussion of five types of rifles: 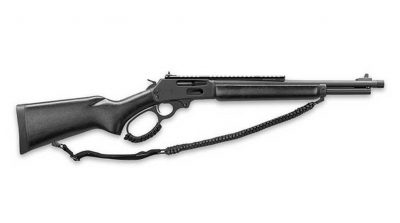 The lever action was one of the first designs that was associated with rifles. By utilising a handle that is located behind the trigger, a cartridge is pulled out of the tube that runs along the barrel and loaded into the chamber so that it can be fired. These rifles are usually a bit less accurate than other models and often also a bit heavier. They do have a high cartridge capacity though, which can be handy in many situations.

Bolt-action rifles utilise a small metal handle that sticks out just behind the chamber on the right side of the weapon. A user can eject a used cartridge, load a new round from the magazine, and close the chamber for firing with a simple upward, backward, and forward movement. This type is among the most widely produced in the world because of its durability, ease-of-use and accuracy.

Bolt-action rifles make use of either a built-in or external magazine that holds the cartridges, a design that allows them to utilise a wider range of cartridge sizes. One of its chief drawbacks, however, is that a person’s trigger hand must leave his gun and regrip it after every shot. Even with this, bolt-action rifles are preferred by most snipers and marksman.

Semi-Automatic Rifles are a newer innovation but have become vastly popular among sport shooters and marksmen worldwide. A user only needs to move the action into a firing position once with a semi-automatic rifle, and the action will automatically discharge the old round and reload a new one with every pull and release of the trigger after that.

Semi-automatic rifles may be fired quicker than other types of rifles, discharging more rounds per minute, but they often suffer from failures in the mechanism, which can be hard to fix manually due to their automatic design. 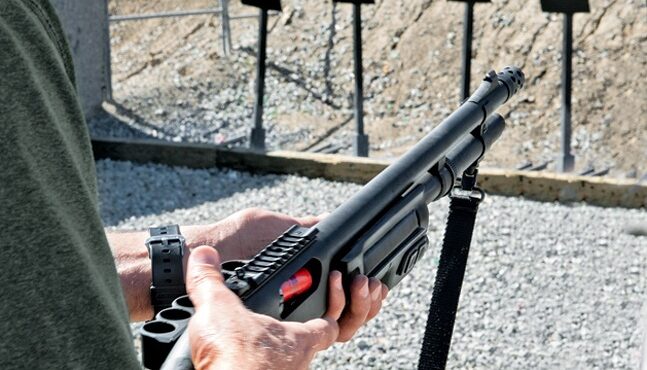 Though the pump-action is more often attributed to shotguns, one can find pump-action mechanisms in a variety of rifle designs too. This design utilises a slide mechanism built around the barrel to eject the old cartridge and load a new one simultaneously. One of this action’s main benefits is that it is operated with the supporting hand, not the trigger hand, which can lead to a higher fire rate and improved accuracy.

Pump-action rifles are often slow to load because it uses tube magazines where a user must insert cartridges individually, but then these tubes can usually hold more rounds overall, a massive benefit in some situations.

The break-action, often referred to as hinge-action, style is common in single-shot rifles and shotguns. In this style the barrel or barrels are hinged and open to allow loading and unloading the cartridges.